In our experience, there is usually a level of apprehension with our clients having to undertake pre-completion sound insulation tests.  This is often down to the fear of failure. It should be remembered; however, that if the acoustic design specification is closely followed, and a good standard of onsite workmanship is maintained there is very little chance of failure. 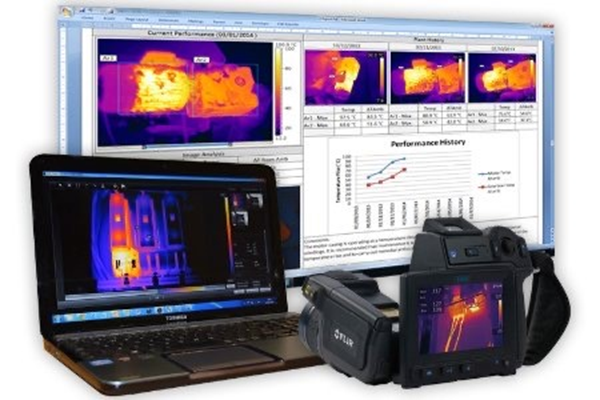 Approved Document E requires a minimum of one ‘set’ of tests for every ten units in each group and/or subgroup.  Is usually broken down to the following: two airborne walls, two airborne floor, and two impact sound tests. For example, if you have a block of 100 flats, all of the same construction, you would usually conduct 10 ‘sets’ of tests. If you have a development of 25 houses, with five different sub-groups (5 units in each) then you would usually conduct 5 ‘sets’ of tests.  As previously stated a set of tests usually consists of two airborne tests of separating walls and two airborne tests and two impact tests on separating floors; however, if no separating floors are available, i.e. in a semi-detached or terraced houses, one set of tests would consist of two airborne tests of separating walls only.
To test the airborne sound insulation properties of a floor or wall, a sound source which consists of an amplifier and loudspeaker is set up on one side of the wall or floor partition that is to be tested. We then turn the setting to turn on Pink noise. Pink noise sounds like the static that can be heard on a radio that is off station or the old TV test card noise.

This type of noise is used because it is made up of a wall of sound that has a wide spectrum of frequencies. This provides an indication of sound insulation performance for a wide range of sounds that may be experienced within a dwelling from speech to a kettle boiling. The pink noise is measured in the room which contains the speaker or sound source using a Class 1 Norsonic sound level meter; thereafter the noise is measured on the other side of the wall or floor partition that is being tested. In layman’s terms the difference between these two levels is the amount of sound that is stopped by the sound insulating qualities if the wall or floor partition/s.

The result is then corrected and adjusted depending on the echo or reverberation time within the receiving room, and any background noise such as builders work noise etc. to give the airborne sound insulation result (DnT,w). The results of these tests are then compared to the performance criteria of Approved Document E – 45dB new build & 62dB for conversions) and a pass or fail sound test certificate is produced

To test the impact sound insulation performance of a floor, a Norsonic tapping machine which consists of five small hammers that are dropped onto the floor to simulate foot fall, is placed on the floor. The resultant noise in the room below is measured with a Norsonic Class 1 sound level meter and the amount of noise that passes through the floor is the impact sound transmission level and is expressed as a single number. This result is then corrected and adjusted depending on the reverberation time of the rooms as well as any background noise to give the impact sound transmission result (LnT,w). The results of these tests are then compared to the performance criteria of Approved Document E – 62dB new build & 64dB conversions) and a pass or fail sound testing certificate is produced.

If pre-completion test results do not satisfy the performance criteria of Approved Document E, then our test engineer will attempt to determine the possible causes of failure. This may be to do with construction detailing around services or at junctions, or simply, poor acoustic design. Once the results have been finalized along with the associated graphs, our acoustician (with the aid of the information from the sound test engineer, we should be able to determine the specific cause of failure. Once a specific reason for failure has been determined, we can then advise the client on remedial actions that can be undertaken.

If you have a project that needs acoustic design advice or needs pre-completion sound testing then please contact us by visiting the APT Sound Testing Website and we should be able to offer you an acoustic solution to help your project achieve practical completion.